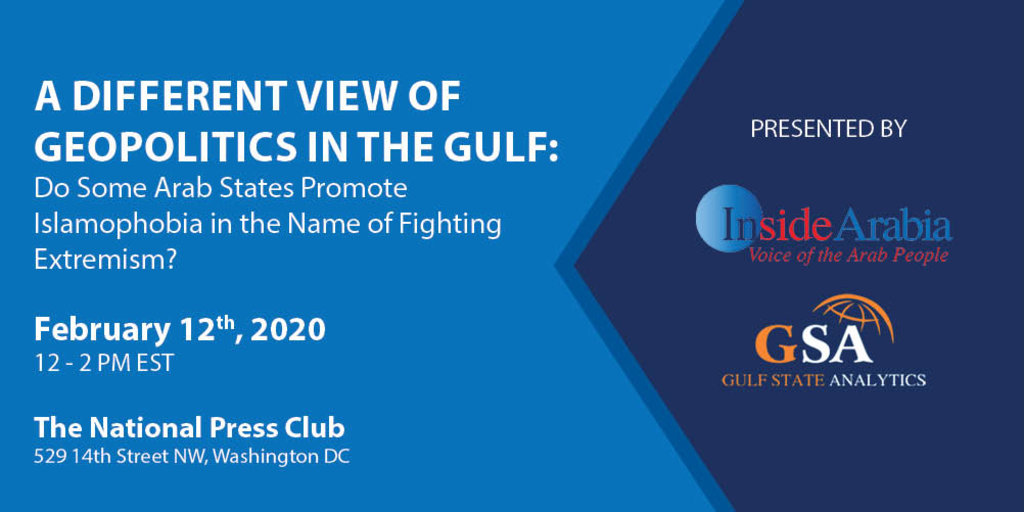 A Different View of Geopolitics in the Gulf

A Different View of Geopolitics in the Gulf:

Do Some Arab States Promote Islamophobia in the Name of Fighting Extremism?

(A banquet-style lunch will be served)

In the wake of Washington’s assassination of Iranian General Qasem Soleimani, all eyes are focused on how the killing might affect Iran’s relationship with its Gulf state neighbors. Less attention is being focused on Arab societies.

For years, some Arab states have claimed that, along with Iran, extremism was a major threat. The result was human rights violations against their own citizens and a campaign in the West that an Islamist threat was endangering the region. The result enhanced a more far-reaching fear of Muslims living in Western societies. Although this strategy has played out over many years, recent instability in the Middle East has raised question marks over whether it is sustainable in the long-term.

What is the status of some Arab states’ policies based on the notion of an Islamist threat? Do recent events undermine this strategy? How are Arab societies responding? Is President Trump’s anti-Muslim rhetoric helping or hurting Arab states’ agendas in the wake of the Iran-Iraq-U.S. crisis?

No tickets are available for this event.